MaxMeyer the Italian paint maker – over 125 years of history

It was in the year 1895 that the Swiss entrepreneur, Max Meyer, founded in Milan the Colorificio Italiano, which still bears his name and was to become over the years the very symbol of paints in Italy: MaxMeyer.

1895 was a particularly fruitful year: the Lumière brothers organised the first public screening, Guglielmo Marconi made the first broadcast by radio and Michelin started testing tyres for cars, X-rays were discovered and, in the same year, the Nobel Prize and the Venice Biennial were established. 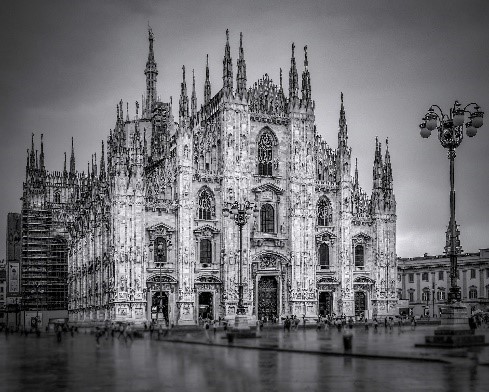 In their historic factory at via Savona 52 in Milan, in the Navigli quarter, MaxMeyer from its earliest years was seen as an important company in the sector, with over fifty workers employed in production.

The nascent Italian and international automobile industry created a manufacturing requirement that provided a significant drive to the sector. MaxMeyer took hold of this change and developed customised industrial paintwork for automobiles that ensured colour and durability.

In 1919, the Humanitarian Society held at its premises the first Lombardy Fair of decorative arts, which gave birth to the tradition of the Triennial.

Arts and crafts merged for painters too: in this period, the Colorificio Italiano MaxMeyer produced its first series of twelve oil shades with pigments already thinly scattered.

In the spring of 1921, at the factory of the Max Meyer & C paintworks, a new advertising campaign was being prepared with the aim of relaunching the paintworks, which were going through difficult times.

THE PUPPY WITH A BRUSH IN ITS MOUTH

In the great meeting room, a new advertising campaign was discussed together with the possibility of appointing the best publicity illustrator of the time, the fifty-year old Aleardo Terzi.

Aleardo Terzi was an established artist, illustrator, graphic artist and designer of eye-catching posters with a strong communicative impact.

Deep in thought, the image of the dog suddenly started to take on a more precise outline. It was not the subject itself, but what it was doing that brought its character to the fore.

He went back to his studio and started to paint a white puppy on a red background which, while attempting to clench a dripping brush between its teeth, tipped over a pot of paint, spilling the paint all over the ground.

In that moment, Aleardo Terzi was not only designing an advertising campaign, but was creating the Puppy Dog icon of MaxMeyer, which was destined to become the symbol of the paint factory right up to the present day. 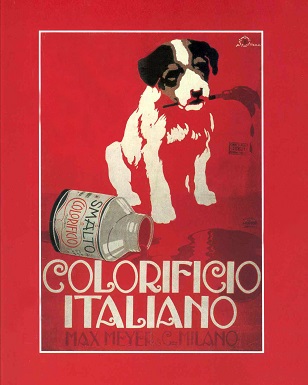 FROM WAR TO RECONSTRUCTION

The war effort required Italian industries to convert their manufacturing. Breda, Caproni, Agusta all figured among the MaxMeyer clientele in this period. A series of products was produced, ranging from Maxoloid, to Vulkeol and Imprexol, including customised products so that optimal responses could meet the requirements of these important industries.

In 1943 Milan was bombarded, bringing the city to its knees. The strategic targets included the city’s main industries engaged in the war effort, including Alfa Romeo, Edoardo Bianchi, the workshops of Fratelli Borletti, Magneti Marelli, Caproni, Pirelli, Breda, Ansaldo, Isotta Fraschini and the Falck steel works. The MaxMeyer factory, located in the industrial area in Via Savona, also suffered considerable damage.

Once the war had ended, Leopoldo Varasi, who by now headed the company, made a decision that was determining for the future development of MaxMeyer.

Instead of rebuilding in Via Savona, he decided to move to Via Comasina in a more suburban part of the city. The reconstruction took place in the most modern style, with cutting edge machinery and workshops.

The factory in via Comasina became a point of reference in the Italian chemical and paint industry and people travelled from all over Italy to come and see this prodigy of post-war modern industry. With its new factory, MaxMeyer took an important step towards the technological innovation that became its strongest point. The company reached a position of leadership in the Italian market and its international expansion was born.

Next to the production of enamels and products for the automobile industry in general, which continued to be a driving force in post-war recovery, MaxMeyer developed a line of products for the building industry.

We are now in the years of reconstruction and with the progressive improvement of the Italian lifestyle, people could finally concentrate on their homes and make their living environment more beautiful and welcoming.

MaxMeyer rose to this challenge, creating a huge series of products to meet the demand for quality, simple use and easily found items through its national sales network. Hence, water-based paint – made of pigments linked to water emulsions – such as Tintal, created in 1953 with a rich range of colours, became synonymous with the word excellence, together with its permanent rival, DUCOTONE by Montedison. PAINTS FOR THE BUILDING SECTOR GROW

By the beginning of the Sixties, the MaxMeyer factory had become one of the biggest production plants in Europe.

The public’s discovery of colour, spreading over interiors and exteriors of houses, represented in the Sixties a genuine revolution, a new philosophy of life that put down its roots and was consolidated in the following decades. The Colorificio specialised in the production of paints for industry first, and then for domestic use.

The production of water-based paints was developed, and the sales network strengthened. The puppy dog continued to accompany the history of the Italians’ favourite brand; it was now a livelier puppy and inspired cute stories that made the brand ever more familiar. 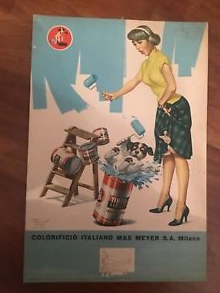 In 1980 MaxMeyer purchased the DUCO company from Montedison, the large Italian group. In 1981 the two prestigious brands, and great rivals for over half a century, merged and created MM.D MaxMeyer Duco S.p.A.

It was a meeting of the two giants of the paint sector, leading to the most numerous and widespread distribution network of paint products in the Italian market. In 1989 the MaxMeyer Research Centre invented the Delta and Crom spectrophotometer and was awarded the Paris Equip Auto silver plate.

A spectrophotometer is used to read a colour on any support and then a dedicated software provides the formula for reproducing it on any product you like. In 1995 a Joint Venture was started in China with the company Gaoven Chemical Industries of Shandong for the evaluation of paint products.

Still in 1995, MaxMeyer introduced software for viewing colours on architectural buildings. The program enables simulation of the colours of the whole range of products over 30 internal and external photographic settings with the possibility of intervening in different details. MaxMeyer is ever more established in the world of colours for building purposes and in 1998 it introduced its new colour offering, the Maxicolorsystem.

In addition to representing one of the most accurate colour selections on the market, the 1147 shades are proposed through an original and exclusive organisation based on separating colours by intensity and shade, an excellent way of guiding users towards speedy and accurate consultation, the result of an investigative study on consumer behaviour during the delicate stage of selecting colours. 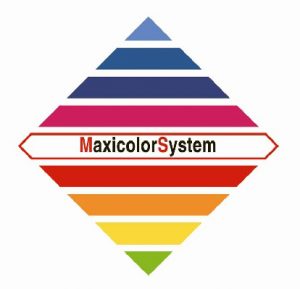 MAXMEYER AND ITS CARE FOR THE ENVIRONMENT

Ahead of its time by approximately 3 years with regard to the coming into force of European VOC standards, limiting the intake of volatile organic compounds.

Aead of its time by approximately 3 years with regard to the coming into force of European VOC standards, limiting the intake of volatile organic compounds, already in 2007 MaxMeyer reviewed the formulation of all its products with respect to public health and the environment, making eco-sustainability one of its basic tenets. 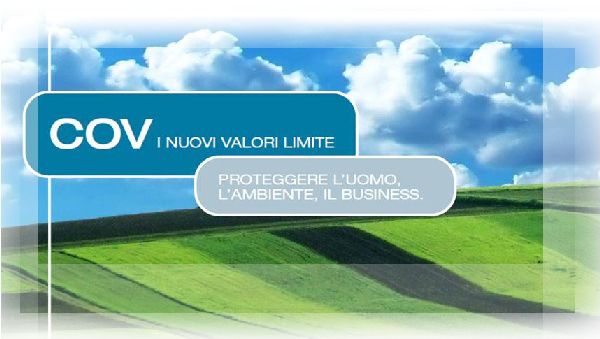 YOUR COLOUR. YOUR EMOTION

From 2010 to 2020 numerous projects on colour were carried out, with regard both to technical solutions and colour accompaniment, by proposing styles and combinations and constantly collaborating with interior designers and architects in the search for the right colour solutions.

In 2019 a full review of the colours available, launching a new chart, Color Emotion System, inaugurated a new era for chromatics, based on colour and emotion. Each colour on the chart, composed of over 1400 shades, has a name that recalls a place, an object, or a moment in time, re-evoking deeply felt memories and emotions.

MaxMeyer has been colouring your emotions for over 125 years.

We use cookies on our website to give you the most relevant experience by remembering your preferences and repeat visits Read More. By clicking “Accept All”, you consent to the use of ALL the cookies. However, you may visit "Cookie Settings" to provide a controlled consent.
Accept All Cookie settings Reject All
Privacy Settings

This website uses cookies to improve your experience while you navigate through the website. Out of these, the cookies that are categorized as necessary are stored on your browser as they are essential for the working of basic functionalities of the website. We also use third-party cookies that help us analyze and understand how you use this website. These cookies will be stored in your browser only with your consent. You also have the option to opt-out of these cookies. But opting out of some of these cookies may affect your browsing experience.
Necessary Always Enabled
Necessary cookies are absolutely essential for the website to function properly. This category only includes cookies that ensures basic functionalities and security features of the website. These cookies do not store any personal information.
Functional
Functional cookies help to perform certain functionalities like sharing the content of the website on social media platforms, collect feedbacks, and other third-party features.
Performance
Performance cookies are used to understand and analyze the key performance indexes of the website which helps in delivering a better user experience for the visitors.
Analytics
Analytical cookies are used to understand how visitors interact with the website. These cookies help provide information on metrics the number of visitors, bounce rate, traffic source, etc.
Advertisement
Advertisement cookies are used to provide visitors with relevant ads and marketing campaigns. These cookies track visitors across websites and collect information to provide customized ads.
Others
Other uncategorized cookies are those that are being analyzed and have not been classified into a category as yet.
SAVE & ACCEPT
Powered by